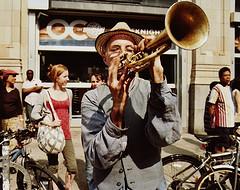 The old cobblestones were replaced by road to the bearing, and in some places the tram is a means of mass-transportation. The spontaneity of the growth of intra-urban neighborhoods, new distributions of the bourgeoisie, in their quest for privacy, and beautiful landscapes, as well as new businesses, and works of recreational, social and public do not consider a layout of the city with a regional system, not a proper analysis of the micro locations for specific functions. In the city of Nuevitas cemetery is located at the entrance to the city in a high area in the city of Havana, many industries remain within the enclosure housing infraurbanos neighborhoods, to cite two examples negative due to lack of adequate Micro location, and the absence of a territorial reorganization plan. The first steps in the rearrangement of the cities, are beginning to show in the early years of the Revolution, when in 1959 he began to locate the first schools built for children, with capacities between 100 and 300 children, focuses this task, with guidance from the Commander in Chief. Through this Institute, the cities of Cuba has a program of territorial reorganization, and each city based on its characteristics has great differences with respect to one another. The city of Camaguey, is one that has had the opportunity to create a ring circunvalante for the city, which has been extended multifamily neighborhoods and separate the industries, according to the standards of protection to the population. With the Environment Act and the Kyoto Protocol, many of these industries should be reconsidered, and relocated on the outskirts of cities, so that as the technologies are becoming obsolete, the industry should be placed elsewhere within the city which results in a new building, a new micro site, and thus the initial steps in implementing the Kyoto Protocol, which seeks the protection of the environment, and avoid pouring toxic gases to atmosphere. With this, we consider that each city should have not only a strategy for the relocation of their industry, but each Planning Institute of Physics, may provide new environments, and spaces in our cities..