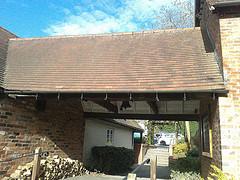 Now, analyze another possible course of action to end the chronic problem of high unemployment in Spain compared to other countries, “price.” The labor market responds to some extent to the classic economic model of supply and demand (in this article I’m not going to go into other considerations or situations that could take into account.) Thus, the intersection of labor supply and demand determines the price (wages) and quantity (and therefore the level of employment). This can be seen clearly in the effects of the housing bubble, which caused a great demand for workers in that sector, and thus paid wages rose. By contrast, the ongoing crisis facing many workers changing jobs, or accept one if they are unemployed, even charging less than before, that is, before the fall in demand by lowering their price. Therefore, some economists argue that the weakness in demand for employment, and the current situation of almost deflation, a solution to decrease unemployment would be to lower wages (and prices of shopping basket is maintained or fall, the purchasing power would not be greatly affected, and improve competitiveness abroad Spanish).

However, there is a psychological aspect difficult to remove, by which people prefer to lose purchasing power because for example, your salary increases by 1% and inflation has been 3%, which by a drop in their wages. Thus in the recent agreement at the Seat factory in Martorell, agreed to a wage freeze for 2009, in exchange for keeping jobs, and this was largely accepted, though he had voted for a cut in wages, had had a voting more complicated. This can be solved by linking the salaries of all employees to the benefits of the company (and not just the leadership, or sales, as normally happens). Easy? Although it seems that it need not be complicated, few companies are undertaking to implement a pay system that works is its complexity (in which we will not go far), but the advantages are many. This connection would address one of the problems blamed on the Spanish economy, the competitiveness, since it could link this part of the cost paid by the company, achieving more motivated workers. And it could eliminate the dilemma to which many companies are now, that before the huge drop in profits or stall decide to dismiss staff.

Suppose a company has fifty employees and revenues of ten million euros, with a profit of one million. The personal cost is $ 1.5 million.

With the advent of the crisis, the company has billed only six million, and has had losses of 200,000 euros. In this situation, the management decided to lay off nine people, with consequent cost, and motivation of those who remain, who wonder who is next. The management company explained that losses have been left with no choice. Now imagine the same company, but with a variable pay system. The personal cost of 1.4 million euros and a variable that can reach 20% of profit. With a turnover of ten million and a profit of one, the total remuneration of employees amount to 1.6 million workers benefiting from the business of the company (actually, it is likely that the firm sells more and has more benefits to these workers motivated). In the second case, the total remuneration fall to 1.4 million (they do not pay for benefits, since it has not been), thereby saving the company 100,000 euros for the baseline (or 200,000 in the scheme of pay) that is, adjusting the wage cost to business reality, but without laying anyone off.